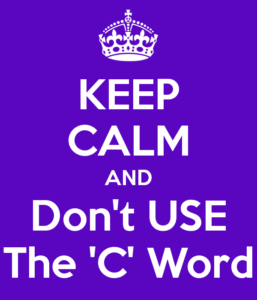 I’ve been a professional translator for 20 years. In my time, I’ve translated academic texts, marketing texts, legal texts and medical texts, to name just a few. However, it was only about a year ago that I decided to try my hand at literary translation. Since making that decision, I have translated four stage plays, am currently working on a literary non-fiction book (due for publication in autumn 2018) and have also translated a number of fiction samples, a couple of which are being pitched to publishers in the UK and the US.

Until I started networking with literary translators, though, there was one term I’d never used to describe what I do when I’m not translating literary texts: ‘commercial translation’. For a while, I used it reluctantly (often with extra quotes around the word ‘commercial’, to distance myself from it). It seemed a convenient if somewhat stilted way of referring to non-literary translation.

But I have decided that enough is enough. Here’s why:

So use of the term ‘commercial’ to refer to all non-literary translation is just incorrect. (And if you’re a translator but don’t care about words being used incorrectly, then you’re probably in the wrong job.)

Perhaps, though, ‘commercial’ versus ‘literary’ is just clumsy code for ‘easy’ versus ‘difficult’? Well, every field of translation has its own challenges:

Literary translation, of course, has its own challenges. These include the need to capture the nuances of source texts that tend, by their very nature, to use language in idiosyncratic and creative ways, and the ability to produce a final translation which functions as a literary text in its own right. I’m not convinced, though, that these challenges outweigh the many challenges translators encounter in other fields.

But my real objection to the use of the c-word is that, lurking not far beneath its surface, is an attitude that smacks of elitism and snobbery, an implication not only that literary translation as an activity is more challenging than non-literary forms, but that its practitioners occupy some moral high ground overlooking the fetid swamp of ‘commercial’ activity below.

It’s an attitude that is both ignorant and patronising, but the real losers are not those of us who practise non-literary translation but the world of literary translation itself. Translation, despite what some of its practitioners may claim, is always a craft even if it is sometimes also an art. It is built on knowledge, skill and technique. And translators get better by recognising the importance of these factors and by honing them every day. Taking refuge in misconceptions about the supposed superiority of one field of translation over all others can only make that task more difficult.