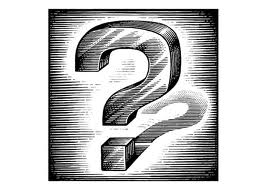 I’ve just been helping a fellow translator to submit queries about her translation to a direct client, and it made me think about why we send queries to our clients.

Maybe the question seems stupid. Surely, we send queries when there is something we haven’t understood in the source text or if we are unsure about target language terminology, particularly if it might involve in-house language?

Not quite. Before submitting queries, I would ask the following questions.

Can the client reasonably be expected to help?

How many queries do you have?

If your source text generates a vast quantity of queries, then either you have taken on a text which is beyond your capacities (your problem, not the client’s!) or the source text is seriously flawed. The latter is quite common, but the best solution is simply to make a general comment to this effect rather than to rub the client’s nose in every spelling mistake, grammatical error and logical non-sequitur. And if the text is genuinely untranslatable, then say so.

How easy/difficult is it for the client to answer your query?

Direct clients are often not language people. Vague questions (can you explain this to me?) tend to generate vague answers.

I always try to frame queries as one of the following:

And remember that clients may not have access to the individual responsible for generating the source text. For example, I quite often translate public tender specifications. My client is an LSP; their client is a (target-language) company considering submitting a bid; the author of the text is a (source-language) government defining the conditions for that bid. Nobody in my chain has access to the author, and the timeframe doesn’t usually allow for it, anyway. So it would be pointless for me to query ambiguous wordings in the source document in this instance.

It’s also worth thinking about what benefits you can get from the query process (besides the obvious one of obtaining information to improve your translation).

One of the big challenges for any translator, whether working for direct clients or LSPs, is to build a relationship. Sparing use of queries will help you to start a conversation with your client. And feel free to use the exchange as an excuse to build a more personal relationship. (I often throw in little personal titbits – where I’m off to on my next holiday, a comment about my pets or whatever.)

I’d be very wary of openly criticising a source text from a direct client, but do use queries as an opportunity to identify errors in the source text, in a non-judgemental way. For example, when translating financial reports you might be surprised at the frequency of material errors. I even alerted one client to a potentially catastrophic confusion between ‘millions’ and ‘billions’ in one text!

Blow your own trumpet

As translators, we are often invisible. People take our work for granted and only notice when things go wrong. I work for an LSP which often provides me with quite ‘rough’ source material (project documentation produced by field officers working for NGOs). I don’t generally query much in these texts, but I do usually include a comment to the effect that the source material was a little rough and ready but I think I’ve done rather a good job of turning it into something clear and readable.

Or you can use a query to draw attention to a particularly neat piece of work. I recently translated a tourism text which included the line ‘Salchichas alemanas, el arte del embutido gourmet‘ (Literally: German sausages: the art of gourmet sausage-making’). I translated this as ‘Germany – where wurst is best!‘ and checked with the client: ostensibly, to make sure they were happy with my creative approach, but really to flag up a piece of inspired brilliance in order to remind them why they needed me to translate their texts and not someone else.

I’m slightly wary of including this one. In fact, I think a lot of the over-use of queries by translators is probably sub-consciously prompted by a desire to avoid taking responsibility for the final product. (You can’t – it’s what you’re being paid for!) However, there are some exceptions to this rule. Where the source text is truly ropy (see above) then it’s worth mentioning it, in the politest possible terms – and perhaps rephrasing it as praise for one’s own work rather than criticism.

And where there is a specific issue which you really can’t resolve and can’t be expected to take responsibility for, then you may want that on record. I have one client who often asks me to translate software documentation while the software itself is still at the localisation stage. As a result, the target language screenshots are not necessarily available. I always flag this issue up to the client and specifically remind them that they will need to check my translations (with relevant sections highlighted) against the final target language version of the software, website etc.