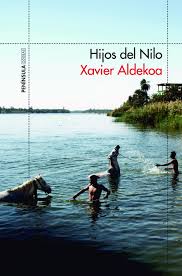 In Children of the Nile, the prizewinning Spanish journalist Xavier Aldekoa sets off on a journey to trace the Nile from its source at Lake Victoria all the way to the Mediterranean. However, this is not some modern boys’ own adventure following in the footsteps of European explorers of the 19th century. Instead, as the title suggests, Aldekoa’s real interest is in the people that live along the banks of the river, the diversity and versatility of their culture, and the conflicts that occur as rising populations and political tensions spill over into violence and war.

His journey begins in Uganda, where his original plan had been to meet up with Grace, a South Sudanese girl who has been forced to flee the violence in her own country. However, Aldekoa’s aim of reuniting Grace with her mother is thwarted when renewed conflict breaks out in South Sudan.

Instead, Aldekoa travels – sometimes alone, sometimes in the company of others – from the shores of Lake Victoria in Uganda, down the White Nile and across South Sudan as far as the border. He then takes a detour to Ethiopia, where he visits the source of the Blue Nile in the Ethiopian highlands. The next stage of his journey takes him to Khartoum, where the White and the Blue Nile merge before the river starts its crossing of the Sahara Desert. In the final section of his journey, Aldekoa visits Egypt, travelling by boat and train from Abu Simbel, near the Sudanese border, to Rashid, a port on the Nile Delta.

Aldekoa’s journey takes us through a region that is wracked by poverty, war, and ethnic and political conflict, and the true protagonists of the book are not the writer himself or the landscape through which he travels, but the people he meets and the stories they tell. These include:

The overall picture is one both of despair and of hope. Many of the countries through which Aldekoa travels have recently been at war, while the precarious peace that currently prevails often coexists with low-level conflict and is only enforced by pervasive repression. But there is hope, too, in the people of the region, many of whom have refused to be drawn into the violence, and cleave instead to traditions of hospitality, dreaming of freedom as they quietly pursue their goal of a better life for themselves and their loved ones.

Hijos del Nilo has been extremely well received in Spain. It is currently on its fourth print run (in less than two months), has topped the non-fiction bestseller charts, and has received wide coverage both in the mainstream print press and the broadcast media:

A full list of clippings (in Spanish) is available here:

The original Spanish text contains a mixture of different styles: first person reportage, flashback, direct speech, more contemplative descriptive writing, and analysis of political and historical contexts. The challenge for the translator is to reproduce this range of styles in English without losing the energy and range of the original text.

Xavier Aldekoa (b. Barcelona, Spain, 1981) is a writer and journalist who has written extensively on Africa. He is the Africa correspondent of La Vanguardia (one of Spain’s leading newspapers), is a co-founder of the groundbreaking current affairs magazine Revista 5W, has made several TV documentaries, and is the winner of numerous prizes. In 2014 he published Océano África, a collection of articles and other pieces. 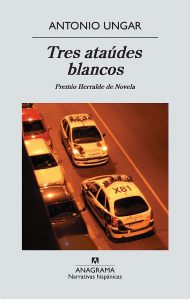