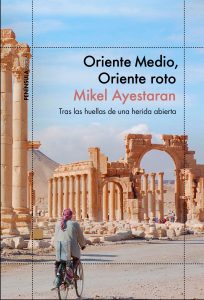 The black Mercedes 300 parks in the middle of what was once a square. Sandbags block any further progress. It’s raining and very cold. As soon as we step out of the car, we hear the first shot in the distance. “Yalla, yalla!” shouts the driver, urging us to be quick. I follow Richard and Tim, hardly daring to look. A year after the start of protests against President Bashar al-Assad, violence has erupted on the outskirts of Damascus but nobody really knows what is happening and we want to see the situation with our own eyes. The opposition claims there have been massacres. We pass tall buildings riddled with bullet holes, badly damaged by artillery fire, some of them still belching flames. We dodge into alleyways guided by people who appear from nowhere and tell us to follow them. The gunshots are getting closer. We can’t stop. We move in single file, running from one doorway to the next. People beg us to come in and look. I don’t want to, I can’t. They’re there: bodies and more bodies stacked beneath the stairs. The entrance halls have been converted into morgues where the inhabitants of Saqba, this eastern suburb of Damascus, temporarily store their dead until they can be buried in the cemetery. The army has banned public funerals because these always end in anti-government protests, we are told.