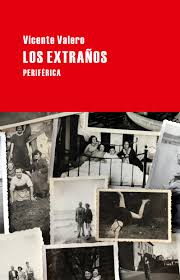 Whether that man whom nobody ever called grandfather or even father – despite his having been a grandfather and thus a father as well – had thin, bony hands like mine and thick, dark eyebrows, or the propensity, of which I complained so much in my youth, towards cold sores, is something I have never been able to discover, because no photograph of Lieutenant Marí Juan has yet been found: not in the family albums or in the drawers of the oldest dressers, or even in those anonymous, jumbled portraits of unknown provenance that, without anybody knowing when or why, arrive at a house and make it their home. No image of him has ever reached me, although such an image must have existed, if only in the archives of his school in Valencia or in the colonial barracks of Africa, to mention just two of the places to which he was despatched and dutifully went, and where he surely experienced both happiness and sadness with the same intensity. No image of him, I repeat, has ever reached me or anyone else who might claim him as one of their own. And the truth is that I never thought I would come to regret this absence as deeply as I do now, as I write this first page and wish I could draw his profile as accurately as possible, paint a satisfactory portrait of him, say something about his nose or his mouth, describe his arms and his legs, know how far my thinning hair might also have been his, and confirm whether one could sense in his gaze the melancholy of an abandoned adolescent, as I have always wanted to assume. All I can do, time and time again, is to observe this stranger through the memories of others until I am finally able to see in him the young man of twenty-eight that he had become by the day he died. The young man he was, the young man he has always continued to be, the young man he will never cease to be. And I must also try to see in him the father he had already become, and even the grandfather he scarcely had time to realise he would be, the grandfather whom I have decided to imagine on his behalf, recreating him in a new identity that time and amnesia have established around his elusive figure.