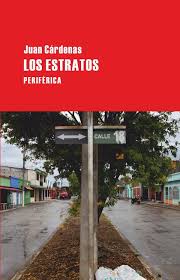 From the window I can see the pool, surrounded by houses that are identical to my own, my neighbours’ children swimming as the evening sun draws the last glimmers of light from the water. Perhaps it is the contentment of the scene – the children shouting, the swallows, the splashing – sounds which, far from disturbing the soothing calm, polish it from within; I don’t know if I am also captivated by the fact that my house is dark due to a power cut and the objects within it seem to be at ease. Whatever the reason, a memory comes into my head, one that is imprecise but which I inevitably associate with the happiness of childhood: the smell of oily water, mud, toxic waste, the smell of the sea squeezed into a dirty bay. Perhaps there is something like a port in the distant background, a city. But these impressions suddenly dissipate, if I may put it like that. If I may say it at all. This is not as serious as it seems, I’m just trying to say something, to place words in the advancing twilight. The impressions dissipate, I say, and at the same time the phone rings downstairs and nobody answers. I would shout to order somebody to answer, but shouting would definitely disturb what I will again call a soothing calm. Outside it’s still light. Inside, shadow. I remain at the window and, as darkness falls, as I try to imitate the mood of the things that surround me, I let the telephone ring and ring. It’s remarkable that the telephone still works when there’s no electricity. When there’s no power all the other appliances are left abandoned, useless. Like signs in a different alphabet. But a telephone, one of those old, black telephones with a heavy mouthpiece and a cable like a rat’s tail, one of those in the darkness is like something alive and shiny, the eye of a cow, the head of an idol.