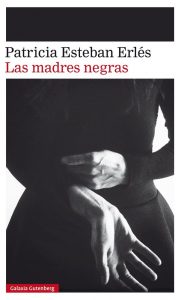 Mida tells herself that maybe she shouldn’t take too much notice of the hazy girl (what was her name, Humility?) who told her about the wolves, because in the convent everyone invents things as they search for an explanation, just as everyone who crosses the threshold or dies eventually disappears and becomes just a shadow in the memory. Curled on the ground, she looks up without much hope. The black of the night can always become blacker. Fear is not real. She has to allow time to pass, to repeat itself, to wait until the eye of the well into which she allowed herself to fall during her flight begins to open. And then she will be able to escape. Time must pass, she insists, raising her voice slightly to convince herself that somewhere there is a place worth going to, a place other than the house surrounded by stone, with its walls and its cells and its dormitory with bricked up windows. Only a little longer, she waits.

God has just thought about her, about the fugitive girl, but only for a second. One mustn’t get one’s hopes up. God can’t dedicate much time to each of his creatures, precisely because God has all the time in the world, and that is his illness, the most serious illness of all. God suffers from time in the way that poor mortals suffer from monstrous diseases. It is a chronic condition. God sometimes asks himself what it would be like to die. To cease having time, to feel that the end of life exists, that it is precisely that certainty that makes the fleeting glimpse of beauty or love worthwhile. God is so busy thinking about all the time that stretches away ahead of him that he scarcely glances at the tiny fireflies that glow for a second in the middle of his night. God moans because he is alone. Nobody, apparently, is responsible for attending to his complaints. Each of God’s breaths lasts a century and drags hundreds of thousands of corpses in its wake. And nobody turns to him, nobody pities him for how long this is all taking. Time is a malignant disease. God looks at God, at his perfect nudity. He contemplates the veined marble arms, the huge creator’s hands, always unblemished. He looks at the ribs, the long legs, the bare feet. With interminable boredom, he caresses the long lion’s mane. He sighs again, scarcely caring about the consequences.

On her way back home, she broke into a run. She could still hear their triumphant laughter, the obscene noises with which they saw her off, but she didn’t look back because she felt that part of her had been left there forever, lying at the feet of those sons of the respectable folk of the village, battered, her legs open and her eyes closed like those of a corpse. She didn’t stop, she didn’t retrace her steps to look for her grandmother’s prayer book, which was as she imagined her grandmother must have been, yellowing and marked by the wrinkles of time and prayers spent in vain. She ran until she reached the threshold of her parents’ house. She submerged herself fully clothed in the tub beneath the fig tree in the courtyard. She stayed there until night fell and somebody, her mother, her father, she couldn’t have said which for they were so alike, emerged from the shadows to find her.

After that she escaped every evening to sink into the green rainwater that smelt of rotten fruit. She entered the dark tub to wash away her guilt. She asked somebody, whoever it was that all the men prayed to, to allow her to finally die.